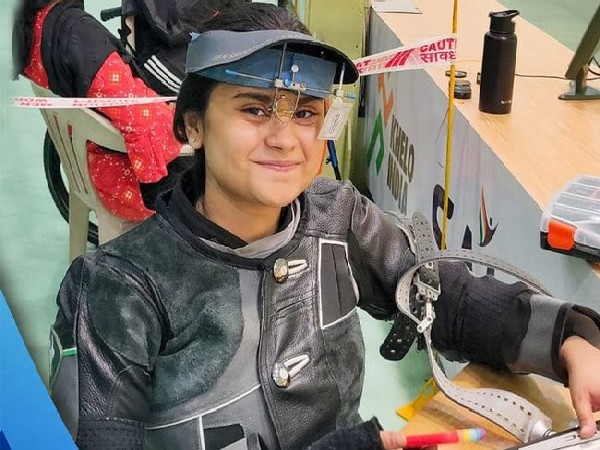 New Delhi [India], August 30 (ANI): Prime Minister Narendra Modi on Monday congratulated shooter Avani Lekhara for clinching a gold medal in Tokyo Paralympics and said that it was possible due to her industrious nature and passion for shooting.
In a tweet, the Prime Minister wrote, "Phenomenal performance @AvaniLekhara! Congratulations on winning a hard-earned and well-deserved Gold, made possible due to your industrious nature and passion towards shooting. This is truly a special moment for Indian sports. Best wishes for your future endeavours."
Union Minister of Youth Affairs and Sports, Anurag Thakur also lauded her efforts and tweeted, "Amazing Avani wins for! A historic achievement as she becomes the only woman in Olympics and Paralympics to win a gold! *Shooting in 10m AR Standing SH1 Final * Score of 249.6 creating a Paralympic Record * Equalling the World Record #Praise4Para@AvaniLekhara"
Indian shooter Avani Lekhara created history by winning the gold medal at Asaka Shooting Range in the women's R2 -- 10m Air Rifle standing SH1 event on Monday.
The 19-year-old became the first woman from India to win a Paralympics gold medal. Avani finished with a Paralympic Record and in-process equalled the World Record with 249.6 points.
China's Cuiping Zhang grabbed silver by scoring 248.9 points while Ukraine's Iryna Shchetnik won bronze.
Avani Lekhara started the final at a very good pace as she scored consistently above 10 points. Just two-shot of her went below 10 in the 1st competition stage which landed her in the second position.
Going into the elimination stage Avani grabbed 1st spot and maintained a very healthy lead against her opponents. The Indian continued with her fine performance and ended with 249.6 points in the end.
Earlier in the qualification round, the ace shooter finished seventh with a total score of 621.7. Avani staged a good recovery after a slow start to advance to the finals of the showpiece event. (ANI)