Shiv Sena promotes those who speak against me: Narayan Rane 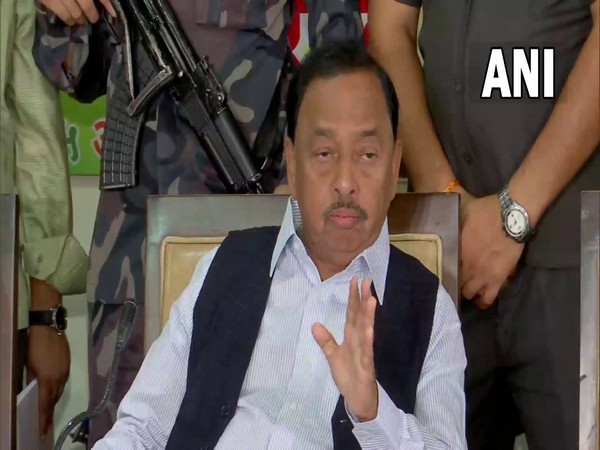 Sindhudurg (Maharashtra) [India], August 29 (ANI): Terming his arrest as a "bad omen" and an "attempt to disrupt" his 'Jan Aashirvaad Yatra', Union Minister and BJP leader Narayan Rane on Sunday alleged that the Shiv Sena promotes those party leaders to higher positions who speak against him.
Addressing a press conference here today, Rane said, "A bad omen happened during this journey. Some ministers who think themselves to be the President gave orders of my arrest. They were trying to stop my yatra. In Shiv Sena, whoever speaks against Narayan Rane is promoted."
He further said, "I will continue to do my work and I will go to every district of Maharashtra and communicate the Central Government's plans to the people."
The Union Minister also alleged that "nothing" is left in the Maharashtra government's treasury, adding that people are finding it hard to make ends meet.
Rane said that those Shiv Sainiks who wish to join the BJP are welcome into the party fold.
"If people from Shiv Sena come to me and tell me that they wish to join the BJP, I am ready to take them into my party's fold," said the Minister.
"The idea of Jan Ashirwad Yatra is of PM Narendra Modi. He made me a cabinet minister and said that you have to go to seek the blessings of the people. Today is the tenth day of the yatra and starting from Mumbai, today I am in Sindhudurg. People kept intervening and disturbing the yatra still it witnessed the participation of huge gatherings of people," said the Union minister.
"Today I have come to your place as a Union Minister. It is my responsibility to increase exports, GDP and employment. I want to tell the people of Konkan that if you have become an entrepreneur, I am ready to give you all resources and amenities, be it availing a loan or any other facility," he added.
Earlier on Friday, Rane had attacked Shiv Sena for not working for the Konkan region in the state and said he is not "scared" of any action against him.
The Union Minister was arrested in Ratnagiri district after several FIRs were registered against him at many places including Nashik and Pune, based on the complaints filed by Shiv Sena leaders for his remarks against Thackeray. (ANI)