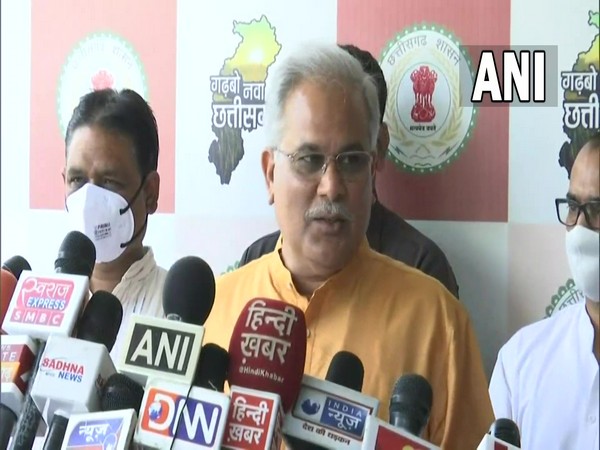 Raipur (Chhattisgarh) [India], October 13 (ANI): Taking a dig on Defence Minister Rajnath Singh over his comment that "Savarkar wrote mercy petitions to the British government on Mahatma Gandhi's request", Chhattisgarh Chief Minister Bhupeh Baghel on Wednesday said that it was Savarkar who first suggested the "two-nation theory".
Baghel, while speaking to the media persons here, said: "Mahatma Gandhi was confined in the Wardha jail and Savarkar at the Cellular jail. How would they have communicated? He filed mercy petitions from jail several times."
"Savarkar continued to be on the side of the Britishers at that time and helped them in their divide and rule policy. He was the first one to suggest the two-nation theory after coming out of jail in 1925," he added.
Earlier on Tuesday, the Defence Minister had stated that it was on Mahatma Gandhi's request that Savarkar wrote mercy petitions to the British.
He was speaking at the launch of the book 'Veer Savarkar: The Man Who Could Have Prevented Partition'.
"Lies were spread about Savarkar. Time and again, it was said that he filed mercy petitions before the British government seeking his release from jail. It was Mahatma Gandhi who asked him to file mercy petitions," Singh said at the event. (ANI)