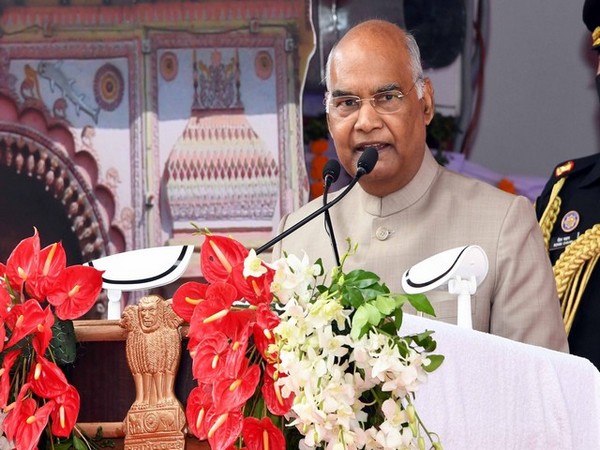 New Delhi [India], August 29 (ANI): President Ram Nath Kovind on Sunday visited the temple town of Ayodhya on Sunday and inaugurated Ramayana Conclave while also commending Chief Minister Yogi Adityanath for the campaign that has been launched by the Uttar Pradesh government to take Ramayana to common people through art and culture.
"Publicity of Ramayana is important because the inherent values of life it offers will always remain relevant for humanity. Along with philosophy, Ramayana also offers the model code of conduct that guides in all aspects of our lives," President Ram Nath Kovind said in Ayodhya.
An official statement from the President quoted him speaking at the occasion: "Promotion of life-values of Ramayana is necessary because these values would always remain relevant for humanity." 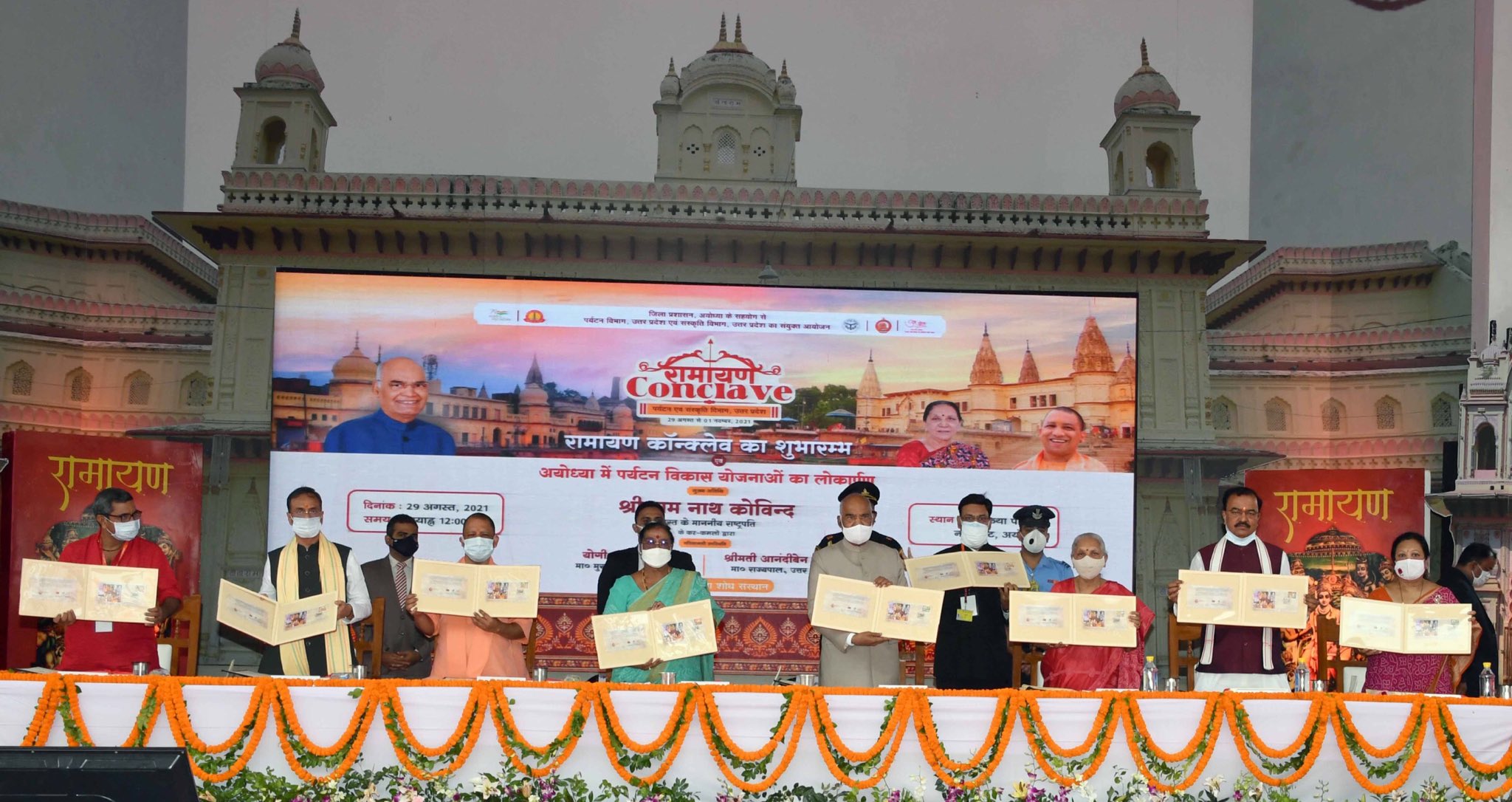 The President also said that he believed that Ramayana is a unique epic that presents high ideals and morals of human life through Ramkatha. Along with philosophy, the Ramayana contains the model code of conduct which guides us in every aspect of life. What should be the behaviour of a child with parents, brother with brother, husband with wife, teacher with the disciple, friend with friend, ruler with public and human being with nature, on all these dimensions, the code of conduct available in the Ramayana, guides us.
The President further said that the projects related to the Ramayana circuit being developed under the 'Swadesh Darshan Scheme' of the Government of India which were inaugurated today, would provide various facilities to the tourists and devotees.
The foundation stone for the expansion and renovation of the Tulsi Smarak Bhawan is also an important initiative. He noted that Tulsi Smarak Bhawan project would help in ongoing global research on Ramayana and Ramkatha. He also noted that an extensive encyclopedia is being prepared under the aegis of Ayodhya Shodh Sansthan which would be a collection of material related to Ramayana and Indian culture available across the world.
The President appreciated the government of Uttar Pradesh for making efforts to take Ramayana to the masses through art and culture by organizing Ramayana Conclave. He expressed confidence that the Uttar Pradesh government's initiatives for the promotion of Ramayana would prove very important in the interest of Indian culture as well as humanity.
Earlier today, the President along with First Lady Savita Kovind and Uttar Pradesh Chief Minister Yogi Adityanath visited Hanuman Garhi temple in Ayodhya, where they offered prayers. 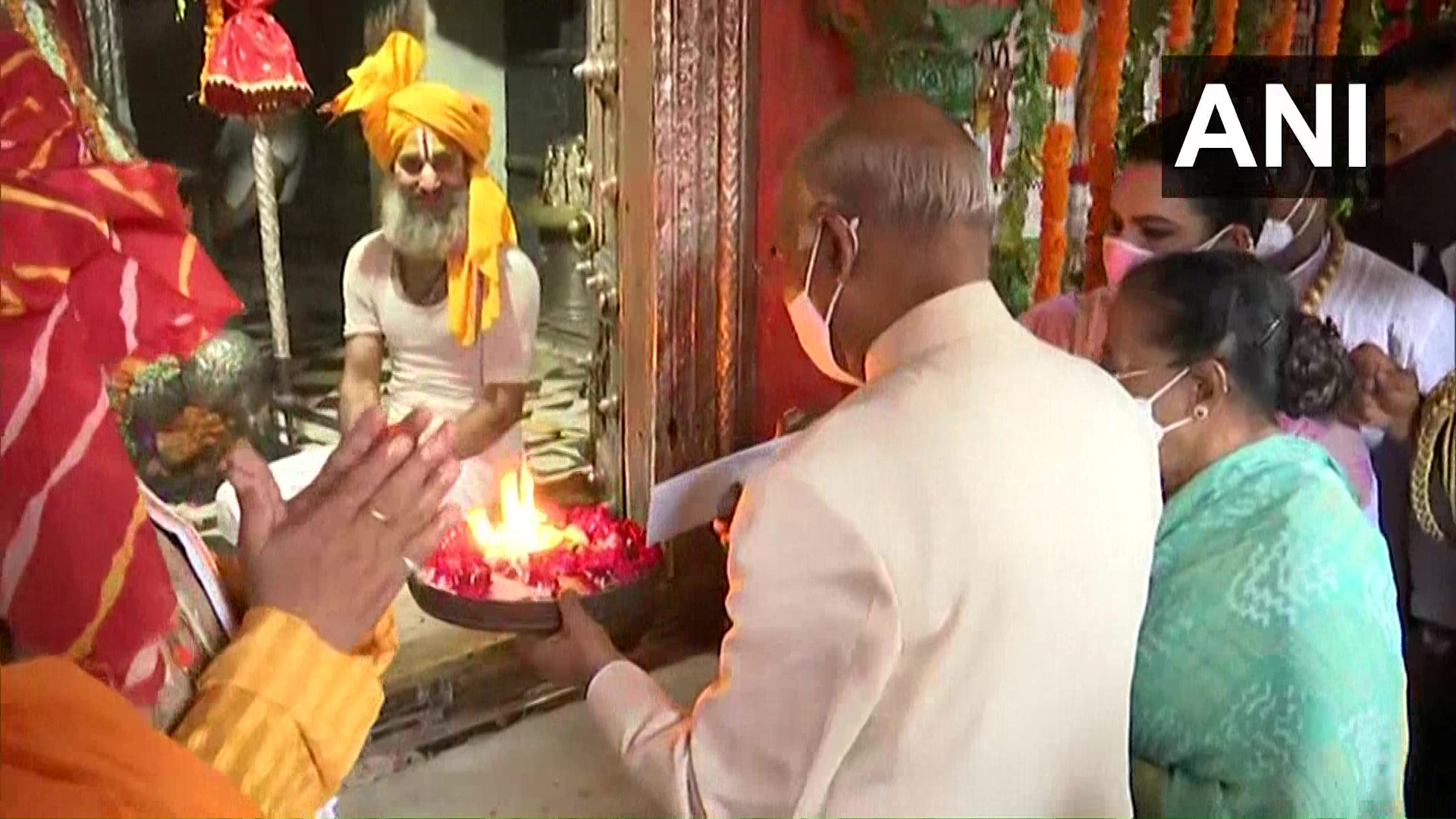 They also offered prayers and planted a sapling at Ram Temple in Ayodhya.
After offering prayers at Hanuman Garhi and Ram Temple, the President along with the First Lady left from Ayodhya to Lucknow by a special train.