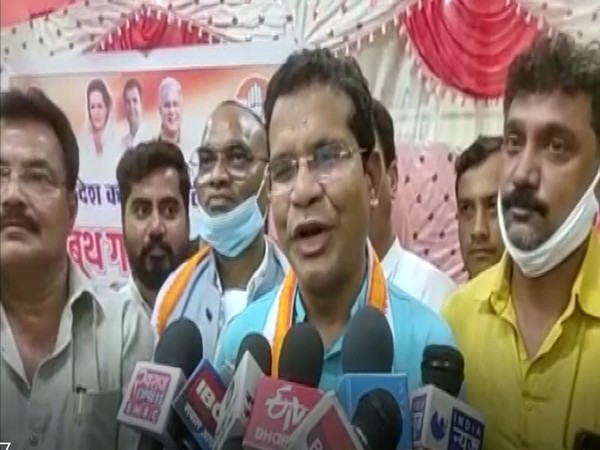 Surguja (Chhattisgarh) [India], September 23 (ANI): Chhattisgarh Congress chief said on Wednesday that the Congress leader Rahul Gandhi would soon visit the state and he would tour Bastar and Surguja districts.
Ahead of the Chhattisgarh election, due in 2023, Markam came to the Marwahi Assembly segment in order to form the booth-level committees and strengthen the party.
Talking to reporters here, Chhattisgarh Congress Pradesh Committee president Markam said, "Rahul Gandhi would soon come to the state and he might tour to Bastar and Surguja districts."
Speaking on the rift between Chief Minister Bhupesh Baghel and health minister TS Singh Deo over the chief ministerial post, he said, "I am neither in the Bhupesh Baghel's camp nor in Deo's camp. I am a member of the organisation and being the head of the organisation, it is my duty to play the role of guardian. Elections keep on happening, chief ministers will come and go. I am working as a chief of an organisation."
Talking about efforts to put a full stop to the tussle between the CM and the health minister, he said that the high command of the party will decide on this matter. (ANI)