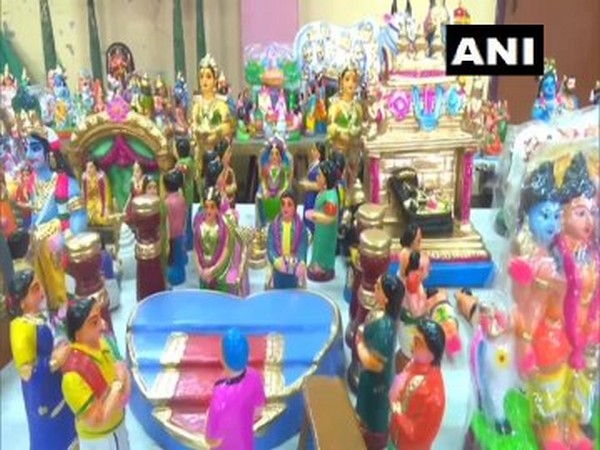 Puducherry (Puducherry) [India], October 8 (ANI): Puducherry administration has allowed the sale of the 'Navratri Golu Dolls' (Clay dolls) amid the Navratri festivities in the Union Territory.
Though the manufacturers and shopkeepers are happy to resume their business after a gap of two years, they are concerned about the low footfall in the markets amid the pandemic.
However, they remain hopeful of more customers showing up to buy these dolls.
"We have resumed work after two years. Less number of customers is a concern, hoping them to show up more," said a shopkeeper.
Navratri is a nine-day long festival celebrated to honour the nine forms of Goddess Durga and her mighty valour. The auspicious festival typically falls twice a year- the Sharada Navaratri near autumn equinox (September-October) and the Vasanta Navaratri near spring equinox (March-April).
The festival will continue till October 15. This year Ashtami falls on October 13 while Dashami is on October 15. (ANI)