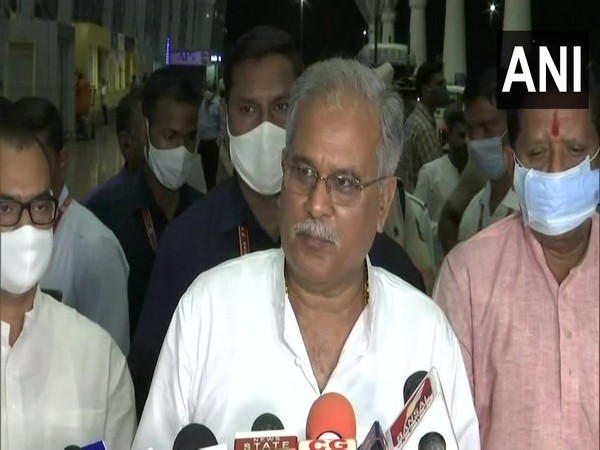 Raipur (Chhattisgarh) [India], October 10 (ANI): Chattisgarh Chief Minister Bhupesh Baghel on Saturday said that the officials are making efforts to ensure that there is no shortage of coal supply in the state.
"Our officials are making continuous efforts to maintain the supply of coal in the state. Officials are monitoring the situation. Efforts are being made to ensure that there is no shortage of supply," the Chief Minister said.
Baghel has left for the national capital where he will be participating in the rally with Congress General Secretary Priyanka Gandhi Vadra.
Earlier, on Saturday, Delhi Chief Minister Arvind Kejriwal wrote to Prime Minister Narendra Modi claiming that there is a coal shortage situation that has affected the power generation plants supplying power to NCT and requested him to intervene in the matter.
Earlier, on Tuesday, Union Power Minister RK Singh dismissed the media reports of coal shortage in the country and asserted that there is no coal crisis in India like China and the country is in a position to meet the increasing demand for coal. (ANI)