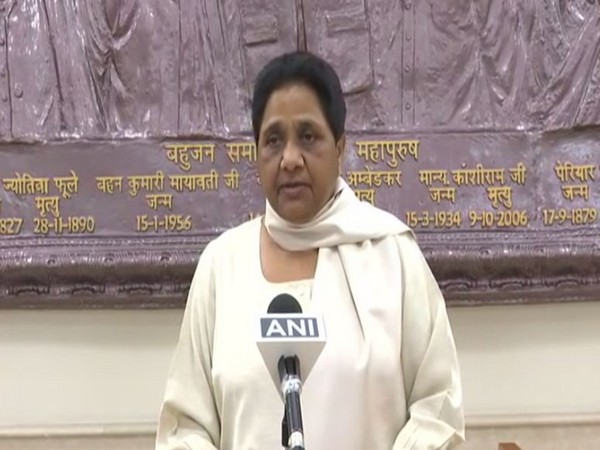 Lucknow (Uttar Pradesh) [India], August 29 (ANI): Bahujan Samaj Party (BSP) supremo Mayawati on Sunday demanded strict punishment for the accused involved in the alleged murder of a tribal man on the suspicion of theft in Neemuch in Madhya Pradesh on Saturday.
"In Neemuch district of Madhya Pradesh, Shri Kanhaiyalal Bhil of the tribal class was beaten on a minor issue and then he was tied to a car and dragged to death. It is a horrifying incident of mob lynching which is highly condemnable. Government should give strict punishment to the culprits, this is the demand of BSP," said Mayawati in a tweet in Hindi.
The victim, identified as Kanhiya Bhil was allegedly thrashed on suspicion of theft and was dragged after being tied to a van. The incident was captured on camera and began circulating on the Internet.
Four persons, including a sarpanch, have been arrested for allegedly beating to death a tribal man, accused of theft in Neemuch in Madhya Pradesh on Saturday.
A case has been registered under IPC Section 302 of the Atrocity Act and various other sections related to the assault, as per the police.
Eight people have been booked in this matter and four persons have been arrested, including a sarpanch. A search has been initiated for the other accused and action will be taken against everybody, stated the police
The pick-up vehicle used in the incident has also been seized (ANI)