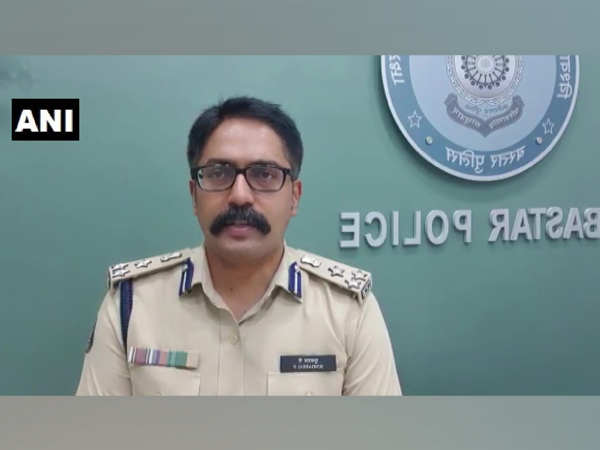 Bastar (Chhattisgarh) [India], October 16 (ANI): P Sundarraj, Inspector General of Police, Bastar Range on Friday said that loss of senior committee members of CPI (Maoist) would certainty deplete the strength of the Naxal movement in the region.
Speaking to ANI, Sundarraj said, "The loss of senior Central Committee members like Ramanana, Haribhushan, in the recent months is a big jolt for the CPI Maoist organisation. It would certainty deplete the strength of the Naxal movement "
"It is worth mentioning that in the last couple of years, two other central committee members namely Ramanana and Haribhushan also have died due to illness in the forest region of south Bastar," he said.
His statement came after senior CPI (Maoist) leader Akkiraju Haragopal alias Ramakrishna passed away due to prolonged illness on Thursday.
He further stated that Bastar police has collaborated with Andhra Pradesh, Odisha and Maharashtra Police in order to keep an eye over the Naxal groups.
"Security forces would make an all-out attempt to soon bring an end to five decades-long mindless violence by Naxals in Bastar region," he added.
Apart from the death of central committee members, senior Dandakaranya Special Zonal Committee (DKSZC) members Soberoi, Ganga and Vinod also have died due to illness recently, he said. (ANI)