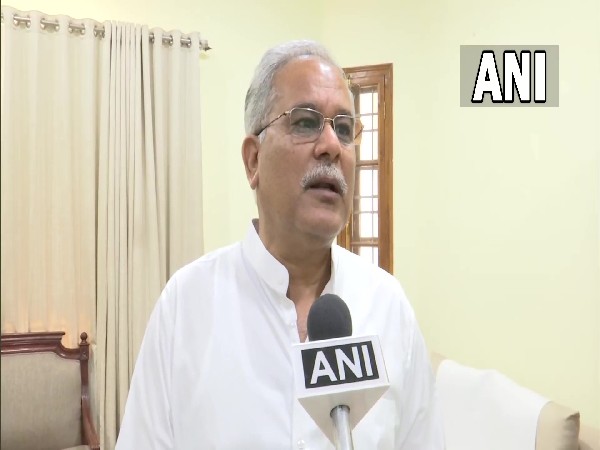 Raipur (Chhattisgarh) [India], October 4 (ANI): Chhattisgarh Chief Minister Bhupesh Baghel on Monday slammed the BJP-led government in the Centre over the Lakhimpur Kheri incident and said that that the way farmers have been treated shows the mentality of the government.
Baghel further said that the Lakhimpur Kheri incident showed that if anyone will stand against the government, they will be crushed.
Speaking to ANI, the Chhattisgarh Chief Minister said: "The way the farmers were crushed at Lakhimpur Kheri shows the government's mentality that if you stand against them, you will be crushed. This mentality is not good for the country."
This comes after the Uttar Pradesh government, earlier in the day, urged Lucknow airport not to allow Baghel and Punjab Deputy CM Sukhjinder S Randhawa to land at the airport ahead of their scheduled visit to Lakhimpur Kheri, where 8 people, including 4 farmers, died on Sunday.
"Why are people being stopped from visiting Lakhimpur Kheri? Section 144 has been imposed in Lakhimpur Kheri, then why is no one allowed to land in Lucknow? Do people no longer have rights in UP? Does one need a visa to visit UP?" he asked the UP government.
The Congress leader further slammed UP CM Yogi Adityanath over the law and order in the state.
"Yogi Adityanath came to the power in UP promising better law and order. Now, the whole country can see that he is not able to control the law and order of the state."
Reacting to the MoS Ajay Mishra Teni's denial of the allegations against his son, Baghel said: "If you are right and there is no truth in the allegations, then why are leaders being stopped from visiting Lakhimpur Kheri?"
Samyukta Kisan Morcha, an umbrella body of several farmer unions, alleged that Ashish Mishra Teni, son of MoS for Home Affairs Ajay Mishra Teni came with three vehicles around the time that farmers were dispersing from their protest at the helipad and mowed down farmers and towards the end also attacked SKM leader Tajinder Singh Virk directly, by trying to run a vehicle over him.
However, Ashish Mishra Teni refuted SKM's allegations and said he was not present at the spot of the incident. (ANI)