J-K would have become site for political tourism if victims of terrorists were not from Hindu community: Giriraj Singh 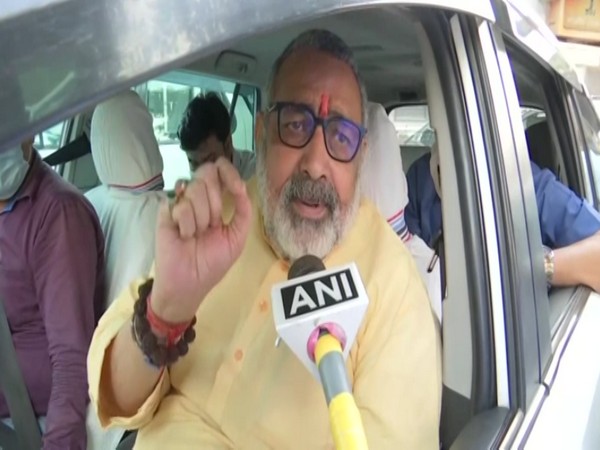 Patna (Bihar) [India], October 22 (ANI): Union Minister Giriraj Singh on Friday slammed the Congress leaders Rahul Gandhi and Priyanka Gandhi Vadra and said had the civilian killings in Jammu and Kashmir been of people belonging to any community other than "Hindu", the area would have become a site for political tourism.
"Despite being from the scheduled tribe/scheduled castes, those who were killed were Hindus. If only they belonged to some other community, the area would have become a ground for political tourism like Lakhimpur Kheri," he said.
"Rahul and Priyanka Gandhi did not visit the homes of those killed in Jammu and Kashmir by terrorists because they belonged to the Hindu community," he added.
Calling out the Opposition leaders, Singh said that it is a misfortune of the country that "tourism, sympathy, politics are done by copying others".
The Union Minister further termed the killings as "cowardly", and said, "Pakistan and the supporters of Pakistan who live there do not like peace, and have killed the innocent. For us (BJP), only one thing is of concern, for peace to prevail in Jammu and Kashmir."
When asked if Congress, with the recent claims Priyanka Gandhi made during the 'Pratigya Yatra', would be able to garner votes in the upcoming assembly elections, Singh said, "Congress has been making fake promises since the past 75 years. They made the bad situations worse. (Uttar Pradesh Chief Minister) Yogi has patched up the bad they did, now what is the use of fake promises."
Commenting on the opposition's allegation of politics in the Aryan Khan case, the Union Minister said that the law will take its course. (ANI)