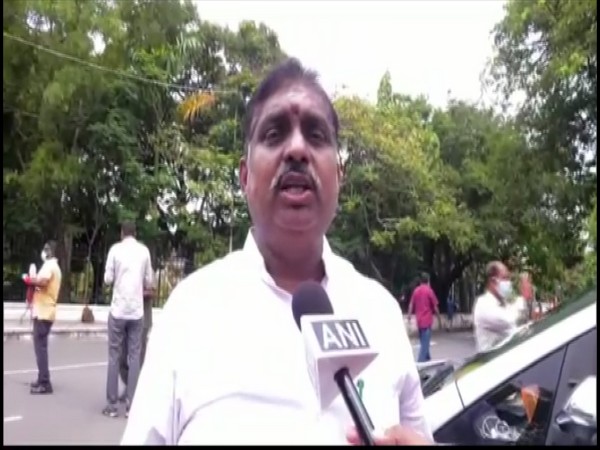 Puducherry [India], July 15 (ANI): In view of the current COVID-19 situation, Puducherry Education Minister A Namassivayam decided to postpone the reopening of the colleges and educational institutions that were earlier scheduled to be open on July 16.
The decision was taken after a meeting of Chief Minister N Rangasamy with the Education Secretary and the Director, followed by a meeting with Deputy Governor Tamizhai Soundararajan, said Namassivayam
On July 11, Rangasamy had announced that schools and colleges would be opened for students from class 9 to class 12 in the first phase from July 16 in Pondicherry.
Meanwhile, parents and other political party leaders demanded that the opening of schools and colleges in Pondicherry be reconsidered, as the COVID-19 pandemic has not yet fully subsided.
Following this, Puducherry Education Minister Namassivayam held consultations with Deputy Governor Tamilisai Soundarajan at the Governor's House in Puducherry regarding the opening of schools and colleges.
At this consultative meeting, it was decided to temporarily postpone the school and colleges which were scheduled to open on July 16.
The reopening of educational institutions and colleges would be soon announced, said the Education Minister.
On a question regarding the position of the Puducherry government regarding National Eligibility cum Entrance Test (Undergraduate) selection, he said: "The government will take steps to take appropriate action in view of the situation of Puducherry students regarding the NEET examination. NEET examination is a policy decision of the Central Government and therefore Puducherry will decide accordingly. The Central Government has issued an order regarding the NEET examination." (ANI)