Country has been occupied by state-run Taliban, alleges Rakesh Tikait 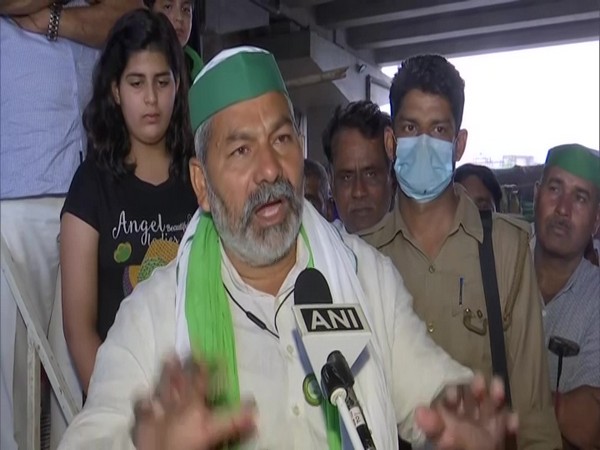 Karnal (Haryana) [India], August 29 (ANI): Slamming the Haryana government for the lathi-charge by Haryana Police on the protesting farmers at Karnal, Bharatiya Kisan Union (BKU) leader Rakesh Tikait on Sunday alleged that "the country has been occupied by the state-run Taliban, the commander of the government Taliban is present in the country and that these commanders have to be identified".
"There is the commander who gave the order to break the head. Through the police force, they want to take over the entire country," further said Tikait commenting on the injured farmers at the Karnal's protest.
Earlier on Sunday, Tikait slammed Haryana Chief Minister Manohar Lal Khattar via Twitter and compared him with General Dyer by saying "Khattar's behaviour is like that of General Dyer".
Tikait further said that the atrocities committed by the Haryana Police on the farmers cannot be tolerated and Farmer will account for all.
Retaliating on the lathi-charge on the farmers, Tikait said the farmer will account for all.
Tikait had earlier issued a call to farmers to block all highways and toll plazas across Haryana till 5 pm on Saturday in a protest against Karnal's lathi charge. (ANI)