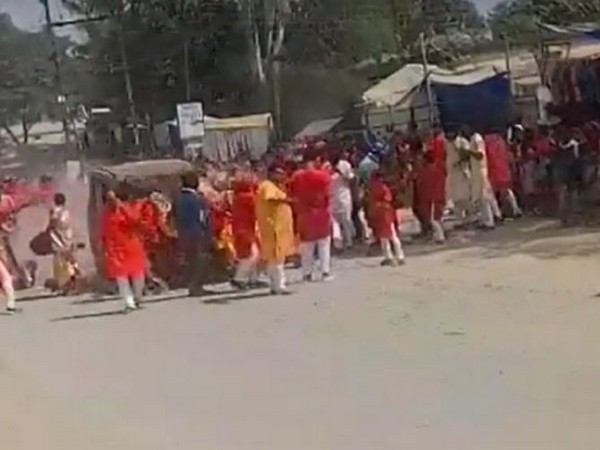 Jashpur (Chhattisgarh) [India], October 15 (ANI): A speeding car on Friday evening allegedly mowed down one individual and left 16 persons injured from a procession that was heading for Durga idol immersion in Pathalgaon block of Jashpur district.
Speaking to ANI, Block Medical Officer James Minj said, "One body has been brought dead to the hospital while 16 others have been hospitalised. Two of them have been referred to other hospitals after X-ray established a fracture."
In the matter, the Chhattisgarh police have arrested two accused and assured to take strict action against them.
Jashpur Superintendent of Police said, "Both accused of the incident where a speeding car mowed down people in Pathalgaon, Jashpur arrested. Both - Bablu Vishwakarma and Shishupal Sahu - are residents of Madhya Pradesh and were passing through Chhattisgarh. Action is being taken against them."
Further investigation into the matter is underway. (ANI)