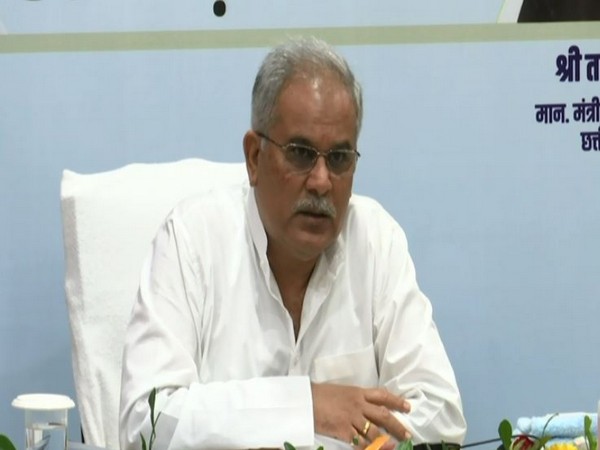 Raipur (Chhattisgarh) [India], September 20 (ANI): Chief Minister of Chhattisgarh Bhupesh Baghel on Sunday laid the foundation stone and inaugurated over 300 development projects of the Public Works Department (PWD) in the state.
Over the past three years, the state government is continuously working hard for the development of Chhattisgarh, despite facing many challenges during COVID-19 times.
Speaking at the inaugural ceremony, Baghel said, "We faced many difficulties during COVID-19 pandemic, but still, development projects did not stop in the state. Today, we are inaugurating around 332 new projects at the PWD department worth Rs. 28,000 crores."
"Following the decline in COVID-19 cases in the state during the second wave, we immediately ramped up the developmental projects from June," he added.
According to him, these 332 projects are being started in 27 districts of Chhattisgarh.
Simultaneously, the state government is also overviewing the ongoing developmental works. "Around three years ago, we have inaugurated around 8,188 projects worth Rs, 6,845 crores," he said.
Earlier, Baghel also launched the 'Millet Mission' to transform the state into a millet hub of the country in future. The initiative has been taken to give the farmers the right price for small cereal crops, provide input assistance and procurement arrangements. (ANI)