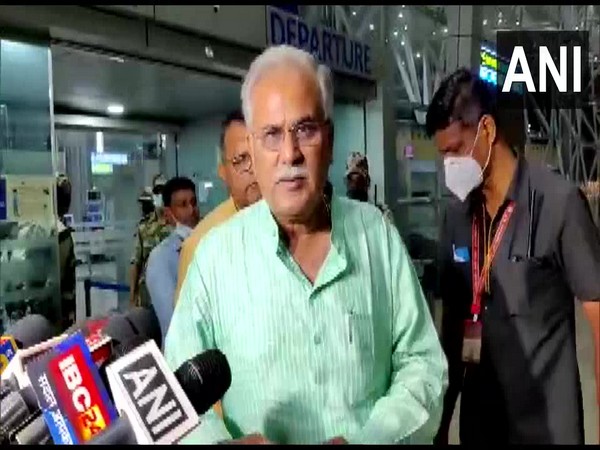 Raipur (Chhattisgarh) [India], October 16 (ANI): Chhattisgarh Chief Minister Bhupesh Baghel confirmed his participation at Congress Working Committee (CWC) in New Delhi on Saturday and said that upcoming Assembly polls as well as organisational elections, will be discussed in the crucial meet.
"I am going to attend Congress Working Committee meeting on Saturday at 10 am, wherein upcoming Assembly elections, as well as organisational elections, will be discussed," Baghel told media yesterday outside Raipur airport.
Congress's supreme body, the Congress Working Committee (CWC), will meet on Saturday at the All India Congress Committee (AICC) headquarters in New Delhi to discuss the organisational elections, forthcoming assembly polls and current political situation.
This will be the first in-person meeting of the CWC after the COVID-19 pandemic broke out last year. The meet would be attended by the CWC members, permanent invitees, and special invitees of the committee along with the chief ministers of the Congress-ruled states. (ANI)