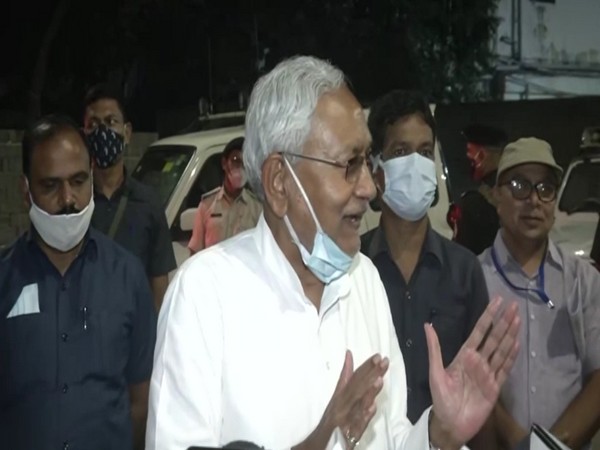 Patna (Bihar) [India], October 25 (ANI): Ahead of by-polls in Bihar, state Chief Minister and JD-U (Janata Dal-United) President Nitish Kumar on Monday said that he is busy serving people and has no time to gain 'publicity'.
Speaking to the media in Patna, he said, "I am busy serving people. The 'Janata' is the master and they will decide whatever they want. I will not comment on the comments being passed regarding me."
Kumar further said that he has no time for gaining 'publicity'.
When asked if he is confident of NDA's victory in upcoming bypolls in the state, he said, "For us, the entire Bihar is one family. For others, their own family is everything."
Earlier in the day, Leader of opposition in the state assembly Tejashwi Yadav had slammed Nitish Kumar over "poor health facilities" in Bihar.
The Election Commission of India, earlier on September 28, announced by-polls for three parliamentary and 30 assembly seats across 15 states and Union territories (UTs) in the country.
Voting for the by-elections in Kusheshwar Asthan (SC) and Tarapur assembly constituencies in Bihar will take place on October 30, while the counting of votes and announcement of results will be on November 2. (ANI)