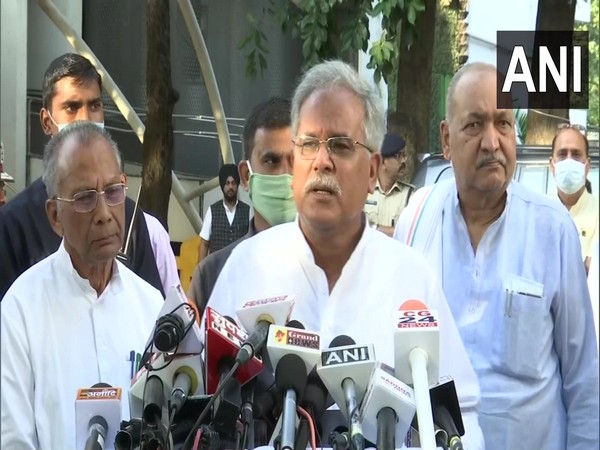 Raipur (Chhattisgarh) [India], October 22 (ANI): Slamming Bharatiya Janata Party (BJP), Chhattisgarh Chief Minister Bhupesh Baghel on Friday said the party has only two issues left -- "conversion and communalism".
The chief minister said that there are no such issues in Chhattisgarh.
"BJP has no more work left in Chhattisgarh... Now they only have two issues left one is conversion and the other is communalism. There is no such situation here and those who will try to sponsor it will fall on their face," Baghel told reporters.
The chief minister's remarks came against the backdrop of a rally held in Surguja district on Thursday marking protests against alleged forced conversion in the state. Many BJP leaders reportedly participated in the protest rally. (ANI)