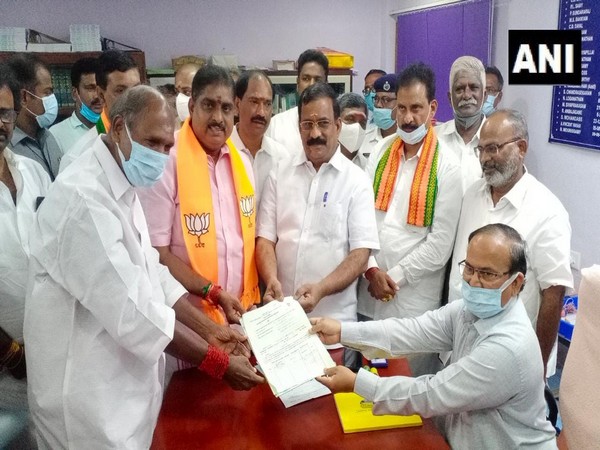 Puducherry [India], September 22 (ANI): Bhartiya Janata Party candidate S Selvaganapathy on Wednesday filed the nomination for the lone Rajya Sabha seat from Puducherry.
Puducherry Chief Minister N Rangasamy was also present at the occasion.
The BJP is in power in alliance with the All India NR Congress (AINRC) in the Union Territory.
The election to the Rajya Sabha seat would be held on October 4. The incumbent member N Gokulakrishnan's term ends on October 6.
Bypolls are also being held to Rajya Sabha seats including two in Tamil Nadu and one seat each in West Bengal, Maharashtra, Assam and Madhya Pradesh. (ANI)