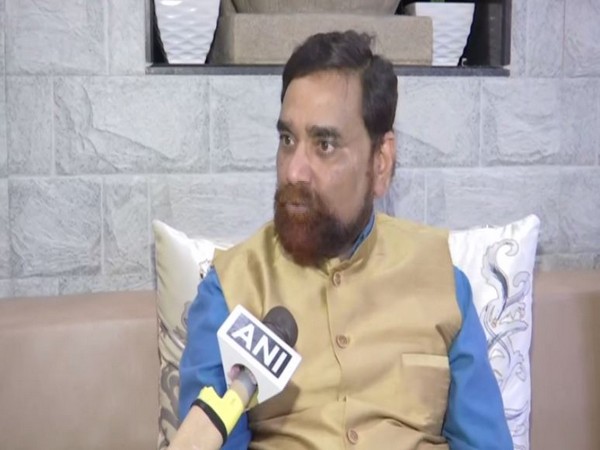 Patna (Bihar) [India], October 19 (ANI): Rohit Chaudhary, brother of Bihar Panchayati Raj Department Minister Samrat Chaudhary, joined Janata Dal (United) party on Tuesday, said JD-U president Lalan Singh.
On the occasion of Rohit Chaudhary joining JDU, Singh said, "We have an old relation with Rohit Chaudhary's family. His father stayed with us since the time of Samta Party. However, he is not in good health these days, but is still supporting us indirectly."
JDU Parliamentary Board president Upendra Kushwaha and Bihar Minister for Education and Parliamentary Affairs Vijay Choudhary were also present on the occasion.
Kushwaha also said that the party is confident about winning by-elections which are being held on October 30 in the Kusheshwar Asthan constituency and Tarapur constituency. "We are sure about our victory in upcoming by-polls. But the margin of victory for us in Tarapur will increase significantly with the joining of Rohit Chaudhary," Kushwaha said.
The Election Commission of India, earlier on September 28, announced by-polls for three parliamentary and 30 assembly seats across 15 states and Union territories (UTs) in the country.
Parliamentary by-polls were announced on Dadra and Nagar Haveli seats in Union Territory of Dadra and Nagar Haveli and Daman and Diu, Khandwa seats in Madhya Pradesh, and Mandi seat in Himachal Pradesh.
The ECI announced by-elections on assembly constituencies including Badvel (SC) in Andhra Pradesh; Gossaigaon, Bhabanipur, Tamulpur and Mariani, Thowra in Assam; Kusheshwar Asthan (SC) and Tarapur in Bihar; Ellenabad in Haryana; Fatehpur, Arki, and Jubbal- Kotkhai in Himachal Pradesh; Sindgi and Hangal in Karnataka; Prithvipur, Raigaon (SC) and Jobat (ST) in Madhya Pradesh; Deglur (SC) in Maharashtra; Mawryngkneng (ST), Mawphlang (ST), and Rajabala in Meghalaya; Tuirial (ST) in Mizoram; Shamtorr-Chessore (ST) in Nagaland; Vallabhnagar and Dhariawad (ST) in Rajasthan; Huzurabad in Telangana; and Dinhata, Santipur, Khardaha and Gosaba(SC) in West Bengal.
The voting will be done on October 30, while the counting of votes and announcement of results will be on November 2. (ANI)