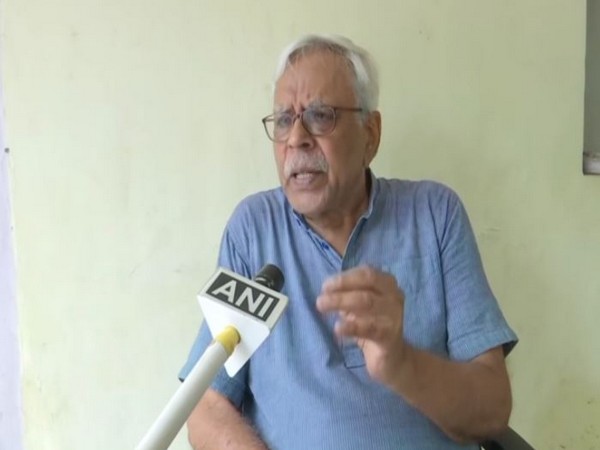 Patna (Bihar) [India], October 18 (ANI): Political leaders from Bihar strongly condemned the recent civilian killings in the Kashmir valley where two labourers from Bihar lost their lives.
Nikhil Anand, BJP leader said, "I believe that these 'targetted' civilian killings are carried out with the support of Pakistan supporters and Taliban sympathizers. I strongly condemn these incidents. I believe that the government, under PM Modi's guidance, will take strong action against this incident."
Shivanand Tiwari, Former Cabinet Minister and Rashtriya Janata Dal leader said, "People from Bihar travelled to Jammu and Kashmir for employment. I read that Lieutenant Governor Manoj Sinha held talks with security officials in regard to civilian killings. But, what action has been taken so far? I request the Centre to take strong action. "
Rajiv Ranjan, Janata Dal-United leader said, "The infiltrators find it difficult to digest that the Central government is paving the way for development in the Union territory. Following this, such barbaric incidents happen. I believe in the Central government and hope that they will take strong action on this."
Earlier, Bihar Chief Minister Nitish Kumar had a telephonic conversation with Jammu and Kashmir Lieutenant Governor Manoj Sinha and expressed serious concern over the killings in the terror attack at Wanpoh in Anantnag.
The Chief Minister condoled the killings of Raja Rishidev and Yogendra Rishidev and the injury of Chunchun Rishidev who are residents of Bihar.
According to the press statement issued by the Chief Minister Office, Kumar announced Rs 2 lakh each from the Chief Minister's Relief Fund for the families of Raja Rishidev and Yogendra Rishidev.
Over the past few days, several civilians have been killed by terrorists in Jammu and Kashmir, sparking fear in the valley.
Meanwhile, the security forces in the union territory have undertaken many counter-terrorist operations over the past few days and as many as 13 terrorists have been killed in nine encounters. (ANI)