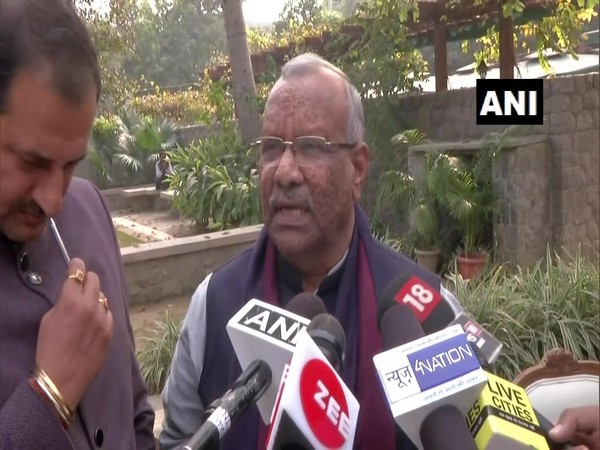 Patna (Bihar) [India], October 17 (ANI): Bihar Deputy Chief Minister Tarkishore Prasad on Sunday condemned the killing of a Bihar resident by terrorists in the Eidgah area of Srinagar and slammed the opposition parties for not coming together on the issue.
"It is surprising that even in such killings, the opposition parties of India are not coming together. This proves where the politics of votes has taken those parties. But the people of this country are aware of everything. They are together against Pakistan-backed terrorism which is behind these killings," said Tarkishore Prasad.
The Jammu and Kashmir Police on Saturday said that two non-local labourers, who had been fired upon by terrorists in Srinagar and Pulwama, had succumbed to injuries.
The police, in a series of tweets, said, "A gol gappa seller Arbind Kumar Sah, from Bihar's Banka, killed by terrorists in Eidgah area of Srinagar in Jammu and Kashmir."
"Terrorists fired upon 2 non-local labourers in Srinagar and Pulwama. Arvind Kumar Shah of Banka, Bihar succumbed to injuries in Srinagar and Sagir Ahmad of Uttar Pradesh was critically injured in Pulwama. Areas have been cordoned and searches started," tweeted Kashmir zone police.
The police further informed, "Non-local labourer Sagir Ahmad of Saharanpur, UP who was critically injured in a terror attack in Pulwama, also succumbed to his injuries." (ANI)