46.6 kgs silver seized from 2 passengers at railway station in Gaya 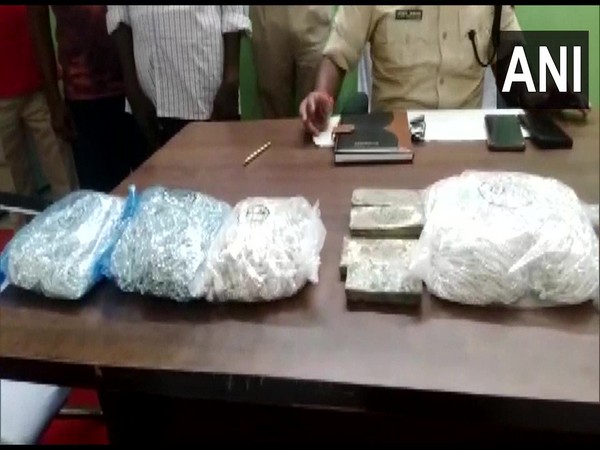 Gaya (Bihar) [India], October 13 (ANI): Railway Protection Force (RPF) seized 46.6 kilograms of silver from two passengers at a railway station in Gaya district of Bihar on Tuesday night.
The accused have been identified as Vishvaranjan and Subhashish.
As per the RPF, the silver is worth Rs 28.89 lakh in the market.
Ajay Prakash, Inspector RPF, Gaya said, "Two persons were apprehended after they were caught with 46.6 kilograms of silver and failed to produce any authority letter in support of their possession of silver. They had boarded the train from Kolkata and were coming to Daya, where they had to deliver the silver in the Chowk market. The case will be handed over to the customs department."
The investigation into the case is ongoing. (ANI)