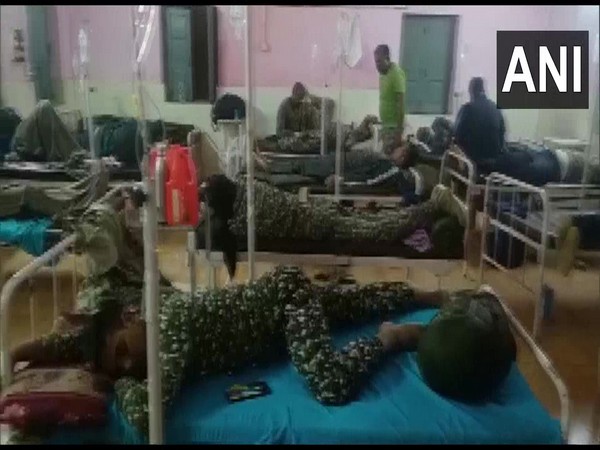 Rajnandgaon (Chattisgarh) [India], October 22 (ANI): Twenty-one personnel of the Indo-Tibetan Border Police (ITBP) at a camp in Malaida of Rajnandgaon district in Chhattisgarh were hospitalised on Thursday following complaints of diarrhoea and vomiting.
According to the Chief Medical Health Officer of Rajnandgaon, the personnel are stable now.
"A day before yesterday, the 21 ITBP personnel had non-vegetarian food for dinner, after which they fell ill and were admitted to the hospital. All out of danger now," said CMHO Dr Mithilesh Chaudhary.
"A team from the health department has reached the camp and they are conducting checkups on the others at the camp," added Chaudhary. (ANI)